Why Pope Francis is Polling The World’s Catholics 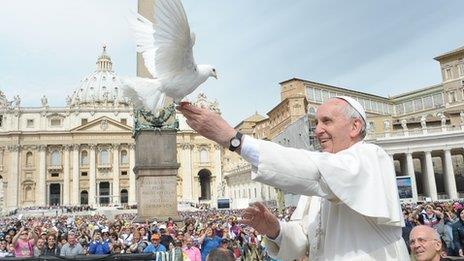 *…American Catholics are ardent supporters of contraception: the vast majority of U.S. Catholics — 82 percent — think using birth control is morally acceptable, most believe employers should be required to provide their employees with health care plans that cover contraception, and 98 percent of Catholic women who have had sex say they have used a contraceptive method other than natural family planning. *This progressive brand of Catholicism can be found south of the equator as well. Brazil, the world’s largest Catholic country, claims around 130 million self-declared Catholics —or 64.6 percent of the population. *…Brazilians also have unparalleled access to contraception through the country’s widely available public health facilities, and 80 percent of Brazilian women of childbearing age use some form of artificial contraception.… *More than a quarter of the world’s Catholics live in Europe, many of whom are concentrated in the nation which currently surrounds the Vatican: Italy. Almost 88 percent of the Italian population identifies as Catholic, yet more than 87 percent of the population differs with the church hierarchy over issues of divorce. *France and Spain—countries with the sixth and seventh largest Catholic populations, respectively—have also both passed marriage equality legislation with broad support from their citizens. In addition, the vast majority of women in Italy, France, and Spain use birth control (11-16, 2013 Jack Jenkin, Senior Writer and Researcher with Faith and Progressive Policy Initiative. Excerpts. Twitter @CAPfaith).

Pope Issues Mission Statement For Papacy, Outlines How Church Should Be Reformed 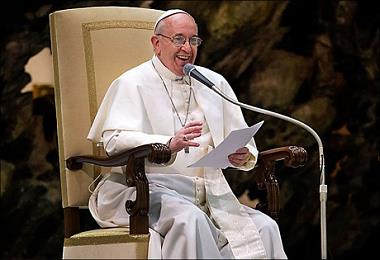 VATICAN CITY – Pope Francis issued the mission statement for his papacy Tuesday, outlining how the Catholic Church and the papacy itself must be reformed to create a more missionary and merciful church that gets its hands dirty as it seeks out the poor and oppressed. He explained his most controversial remarks criticizing the church’s “obsession” with transmitting a disjointed set of moral doctrines, saying that in the church’s “hierarchy of truths,” mercy is paramount, proportion is necessary, and that what counts is inviting the faithful in. *He went even further Tuesday, saying some of the church’s historical customs can even be cast aside if they no longer serve to communicate the faith. Citing St. Augustine and St. Thomas Aquinas, Francis stressed the need for moderation in norms “so as to not burden the lives of the faithful.”

At the same time, Francis restated the church’s opposition to abortion, making clear that this doctrine is non-negotiable and is at the core of the church’s insistence on the dignity of every human being.He added: “More than by fear of going astray, my hope is that we will be moved by the fear of remaining shut up within structures which give us a false sense of security, within rules which make us harsh judges, within habits which make us feel safe, while at our door people are starving and Jesus does not tire of saying to us, ‘Give them something to eat.’…He said the greatest concern (of the church) must be the poor and marginalized, since they are victims of an unjust, global economic system that prizes profit over people. He said the poor need the tender, merciful love that the church can provide. Associated Press 11-26-2013 (excerpts)

On July 7, 2013, the Supreme Court, by a narrow vote of 8-7 extended an earlier order stopping the implementation of the Reproductive Health (RH) Law until further notice, effective immediately after hearing arguments, mostly from Catholic Church-backed groups, opposing the law that aims to slow the country’s rapid population growth. The law would mandate the government to use public funds to distribute contraceptives, deploy midwives and teach sex education in elementary schools. The country’s maternal mortality rate is 221 per 100,000 live births, approximately 5,300 maternal deaths per year. The Philippines also has the highest teen birth rate among Southeast Asian countries. Reproductive health advocates expressed dismay at the ruling. Dr Eden Divinagracia, head of the Philippine NGO Council, said … that while the court continues to deliberate on the law, 15 Filipino women die every day from pregnancy and childbirth. She added that the Church “should not intervene with affairs of state,” especially when it concerns the health of constituents.“