Depending on the weather and care, it takes about four months to convert leaves into nutrient-rich, organic black garden soil that can be used to enrich the local soil for better yield or be sifted and sold. AWH Rotarians have demonstrated this simple but effective process to the local community as an inexpensive way of creating high yield garden patches and additional income. When sifted and perhaps further treated, the “Black Gold” organic soil can be packaged and sold for indoor use, for balconies or mini gardens.

Producing “Black Gold” organic garden soil is quite simple and can be done many different ways. One way is demonstrated here as it only requires leaves or leaves mixed with some grass cuttings if plentiful. If the leaves were wet such as after a rain, they were placed directly in prepared bins which were filled up to about one meter. When dry, the leaves were stored in bags and then soaked in trash cans before being placed in bins to soak. The filled bin was then covered with black plastic so that the sun can heat up the leaves underneath. This starts the fermenting or “cooking process” that requires air, moisture and heat to convert the leaves to soil. After about two months the mulch bin, with partially digested leaves, was uncovered and the leaves turned over to aerate them and perhaps provide some more moisture if needed. They were then covered again. While doing so, the “soil-in-making” was carefully examined for larvae of coconut beetles that may be developing in less heated pockets. After about another two months the “Black Gold” organic soil was ready and the black plastic cover removed. A 6’ x 4’ x 3’ high bin produced 16 bags of “Black Gold” garden soil. 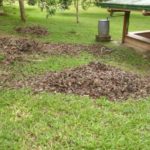 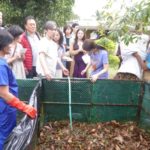 Mulch bin filled with leaves soaked in trash can 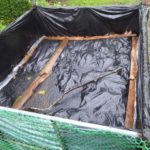 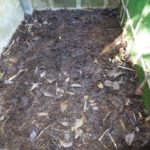 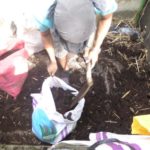 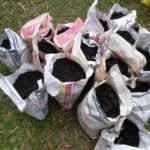 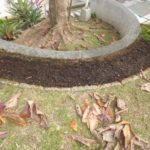 “Black Gold” soil prior to mixing with native soil 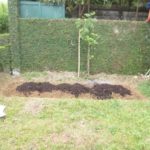 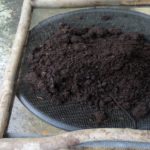 sifting, treating and packaging for sale

In the Philippines, new school classes usually start in June after the hot season. In the beginning of June, parents bec...

Providing School Supplies and a Classroom Environment to Facilitate Learning

RIMM will continue to provide basic school supply support in poor areas such as the project started Jan. 2018 that provi...

On November 28, 2019 President Henry, IPP Raymund and Gina of DSWD went to Barangay Buck Estate, Alfonso, Cavite to me...

The participants were facilitated to work on various exercises in coping up on mental health issues of their own and in their communities.
5-Bridge Creek Clean-up: Educating and Leading by Example in Protecting the Environment
Tondo Dump Site & Pasay Graveyard Visit
Home
Basic education and literacy