On May 12, 2017 Rotary International Multinational Manila (RIMM) brought adult diapers, bottles of rubbing alcohol, sanitary wipes and packs of cotton balls to Mrs. Brual of House with No Steps Foundation in Alfonso, Cavite, where severely handicapped orphans reside. The said donation was given by All Star President Marni Sy of Rotary Club of Cavite Export Processing Zone through IPP Raymund Balicha of RIMM.
Christine who supports RIMM from time to time came with us and donated bed pads.
Mrs. Brual mentioned that the electric oxygen therapy machine they are using which was donated to them was not emitting out enough oxygen after several weeks of usage. She said the oxygen therapy machine is very useful to them when an orphan gets ill. We saw one orphan hooked up to an oxygen-filled tank. She relayed that they have difficulty finding a driver to have the oxygen tank refilled each time in Silang, Cavite.
Club Rotarian Henry offered to bring home the oxygen therapy machine so he can check on the problem. He managed to fix it by removing many dust particles on its filter. Mrs. Brual was very grateful to when the oxygen therapy machine was brought back to them in working condition. 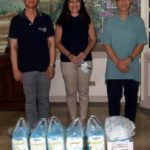 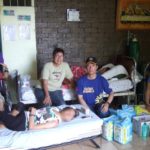 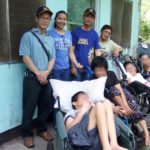 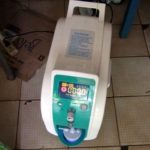 Providing financial assistances to indigents sounds good and benevolent. Despite our intent, however, we would need to b...

Providing School Supplies and a Classroom Environment to Facilitate Learning

RIMM will continue to provide basic school supply support in poor areas such as the project started Jan. 2018 that provi...

A mass vaccination and immunization against Measles, Rubella, and Polio is being carried out during the month of Septemb...

September 12, 2015 RIMM donated initial construction materials to assist in rebuilding the shanties of the informal s...
Stop Sexual Abuse of Children
RIMM as Guest Speakers on Family Planning upon the Invitation of RC-Pasay
Home
Disease prevention and treatment